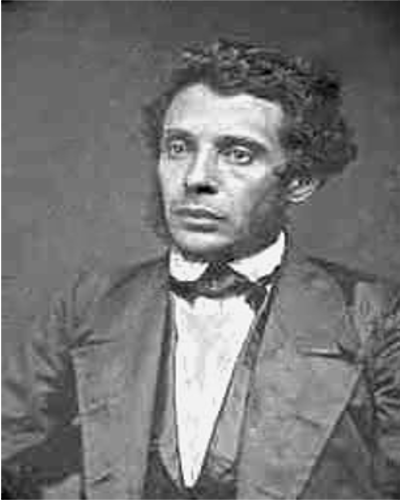 Alfred Francis Russell (25 August 1817 – 4 April 1884) was an Americo-Liberian missionary, planter and politician. Elected as vice-president of Liberia in 1881 under Anthony William Gardiner, he succeeded to the presidency after the latter resigned due to poor health. Russell served as tenth President of Liberia from 1883 to 1884.

Born in Lexington, Kentucky, Russell was emancipated in 1833 (with his mother Amelie “Milly” Crawford) by their mistress Mary Owen Todd Russell Wickliffe (Russell’s grandmother through his white father). Wickliffe also emancipated his cousin, Lucretia Russell, and her four children. Both families emigrated together from the United States to Liberia that year. Alfred Russell served as a Methodist missionary and later owned a large coffee and sugarcane farm. Russell continued to serve as a Methodist minister after entering politics; he was also elected to the Liberian Senate. (Source: Wikipedia)