An Abominable Infamy: Desecrating the Memory of Over 250,000 Victims of Liberia’s Brutal Civil War 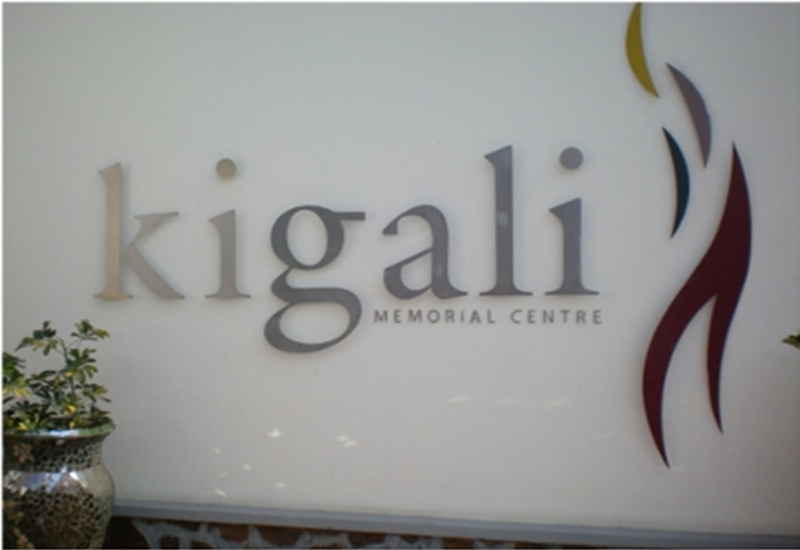 “Mr. Vice President, Mr. Speaker, members of the Senate and the House of Representatives, yesterday, December 7th, 1941 – a date which will live in infamy – the United States of America was suddenly and deliberately attacked by naval and air forces of the Empire of Japan…” President Franklin D. Roosevelt’s voice bellowed with a somber drawl as he addressed a joint session of the US Congress on December 8th, a day after Japan’s devastating surprise attack on the US naval base at Pearl Harbor.

Those were the beginning words of President Roosevelt’s so-called “Infamy Speech” declaring war on the Empire of Japan. And within hours of his speech, the US Congress passed an official declaration of war against Japan, overturning the nation’s policy of non-interventionism, and setting the stage for the US to enter World War II and ultimately, play a crucial role in ending the specter of a world under the submission of Hitler’s genocidal Nazi Germany.

Today, in my poverty-beleaguer West African country of Liberia, an act of abominable infamy persists, but sadly, there is no Liberian version of a Franklin D. Roosevelt to give a bellowing speech calling the nation to action to overturn a most contemptible transgression upon my country, which not only cast aspersions upon the living, but it runs so deep that it even vilifies the memories of the dead.

A Nation that Is Crucifying Its Own War Dead

Despite the fact that over 250,000 persons lost their lives during the country’s barbaric civil war, and notwithstanding close to a decade of peace, there has not been a single national monument erected to commemorate the lives of all those victims of the country’s savage civil conflict.

The reprehensible implications of my country’s ignominious failure to memorialize the victims of its atrocious civil war may not immediately strike you, but imagine for a moment that there was no USS Arizona Memorial to commemorate those who were killed during the Pearl Harbor attack; imagine there was no Vietnam Veterans Memorial to honor the memory of those US service men who died during the Vietnam War, or that the Holocaust Memorial Museum didn’t exist.

And while you’re at it, imagine that the Auschwitz Death Camp memorial had been razed to the ground and all the structures and monuments that now serve to memorialize the millions of Jews who lost their lives during World War II were non-existent.

It would seem that, all over the world, after a nation has experienced some national tragedy, especially wars in which thousands of people lost their lives, structures are erected not only memorialize their lives, but to serve as a poignant reminder and lesson to the living of the nation’s tragic past, which hopefully will never be repeated.

And lest you entertain the thought that erecting national sites and structures to memorialize victims of war is a luxury reserved only for rich Western nations, take the case of Rwanda, another African country, which also experienced a genocidal civil war during the 1990’s, around the same time Liberians were losing their lives to the unbridled brutality of marauding bloodthirsty men, women and boys who had license to kill, pillage and commit all kind of despicable acts.

Not only has Rwanda erected several memorials to commemorate the victims of it bloody conflict, but it is also taught in schools so that young Rwandans can be aware of that brutal past to hopefully ensure that subsequent generations may never walk down that path again.

Also Sierra Leone, Liberia’s neighbor, which too experienced a devastating 10-year civil war—for which Liberia’s former president, Charles Taylor, was recently sentenced to a 50-year jail term following his conviction for playing a pivotal role in fueling that country’s war—has also erected a national memorial to the victims of its civil war.

So why then hasn’t Liberia dedicated a national memorial to the over 250,000 victims of the country’s civil war? It surely beats me…

After all, it seems to be what any civilized nation and people would do. And, I am not unaware that using such a qualifying adjective might seem to be harping on the bygone epoch of Joseph Conrad’s Heart of Darkness, but my nation seems to have adopted a kind of “sweep it under the carpet” attitude towards its atrocious war past that seems anything but becoming of a nation that counts itself among the comity of modern nations.

Despite the fact that over 250,000 persons lost their lives during the country’s barbaric civil war, and notwithstanding close to a decade of peace, there has not been a single national monument erected to commemorate the lives of all those victims…

But then again, maybe it may be unfair for me to cast such a collective aspersion upon my nation because there are those who contend that the only reason why Liberia has no national memorial for the over 250,000 victims of the country’s brutal civil war, is the same reason why the country has never established a war crimes tribunal: the powers that be have soiled records of involvement in the country’s brutal civil war.

A Symbol that Blasphemies the Nation’s War Victims

And, as if not having a national memorial to venerate the victims of the country’s civil war was not abhorrently inhumane enough, in a callously perverse mockery to the memories of Liberia’s civil war victims, on display in the country’s national museum is a pair of old military boots that belonged to Prince Johnson, one of the country’s notorious former warlords, who is now an honorable Senator in the Liberian legislature. Johnson, shown here in the infamous video, with two cans of Budweiser beer on his desk, ordering his men to torture Doe

Not only has Johnson been recommended for prosecution for war crimes by the country’s Truth and Reconciliation Commission, but he enjoyed his 15-minutes of international fame after distributing to the world a videotape recording of himself sitting down at a desk drinking Budweiser and ordering his men to cut off the ears of the then sitting president, Samuel Doe, after Johnson had captured him. And, after other unspeakable forms of torture by Johnson and his men, Doe would die in his captivity.

So now, when school children go to visit the country’s national museum, besides pieces of shrapnel from a bomb and other trifling frills, the main symbol on display are the boots of an alleged war criminal.

What an abominable infamy to the memories of the victims of Liberia’s civil war!

And for such a sacrilegious mockery to the victims of the country’s civil war, surely, surely, the legacy of those responsible will live in infamy.