Blending African and Western Designs Into Exquisite Styles: Young Liberian Designer Stitches His Brand Into The Hearts of Fashionistas

When Mark Zuckerberg set out to create a social networking platform in his Harvard dorm room in 2004, no one could have predicted that his platform, Facebook, would garner over 1.8 billion users and achieve over $200 billion in market capitalization only a decade from its founding. After all, there was nothing new or even exceptional about his idea. In fact, social networking was a buzzing market space with other more established platforms already making headways. Does Myspace, Friendster, Orkut or Hi5 ring a bell?

When Samuel Dahn, Jr. came up with his idea for a clothing line in his bedroom and launched Dahnation Designs (DND) on August 20, 2013 in Liberia, he too was entering an already teeming market space. But, Samuel’s bedroom is certainly no Harvard dorm room you might think. And, a clothing line blending African and Western styles is no new or exceptional idea you might say.

In fact, you might also think that a young Liberian setting up a clothing line in his war-addled nation with ambitions to make his mark in the hypercompetitive global fashion industry will be faced with far greater odds than Zuckerberg could have ever imagined. And, you would be right because Liberia wallows at the bottom of the world’s least developed countries with 63.8% of its people living in poverty.

But, those seemingly grim odds notwithstanding, Samuel is not deterred. And, not unlike Zuckerberg and other successful entrepreneurs, who possess an indefatigable trait to forge ahead despite a plethora of daunting odds that would seem to cast a pale of impossibility over their dreams, he believes that he can indeed captivate fashionistas around the world with his special blend of African and Western designs.

I believe that once the world becomes aware of DND’s exquisite styles, the sky is the limit…Samuel Dahn, Jr., emerging Liberian fashion designer

In His Own Words:

Liberian Echo: When exactly was Dahnnation Designs (DND) established and how did you come up with the idea?

Samuel Dahn, Jr: It was established on August 20, 2013. The whole idea came about as I was sitting in my bedroom and envisioning taking fashion to another level by creating a kind of Afro-Western style, which would be different from the normal African clothes people were wearing around. 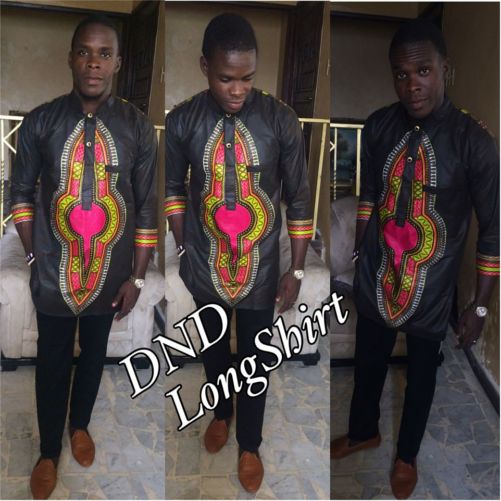 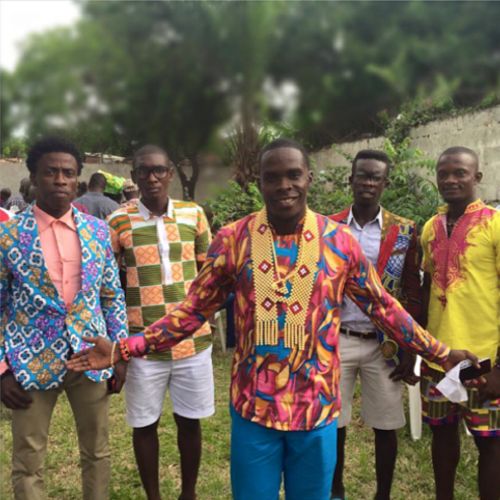 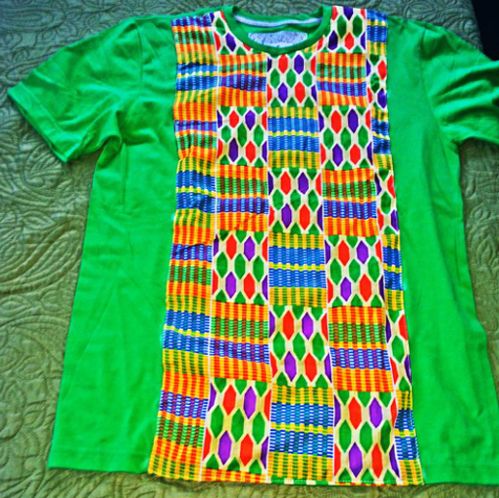 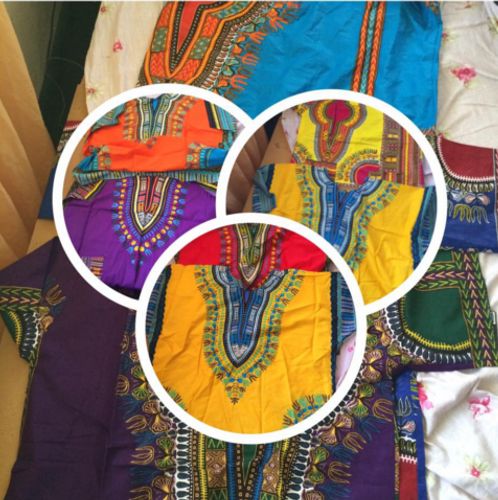 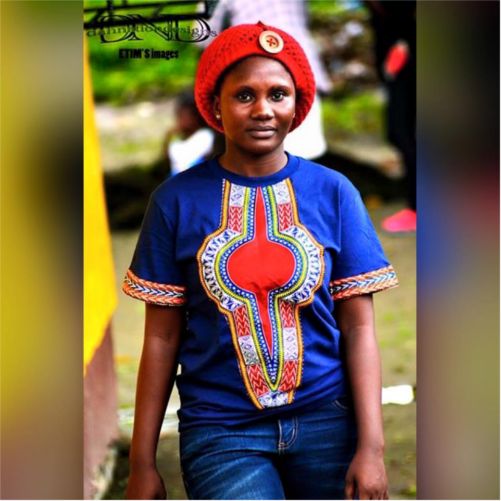 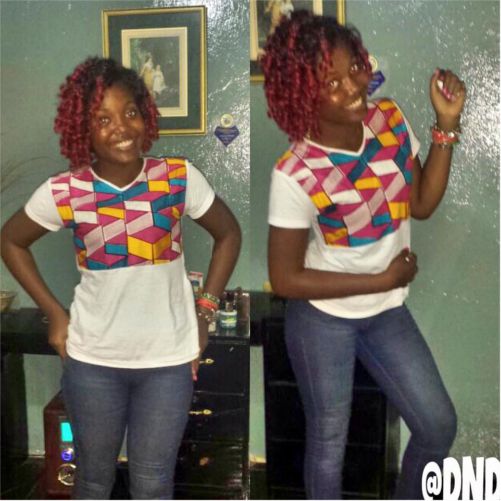 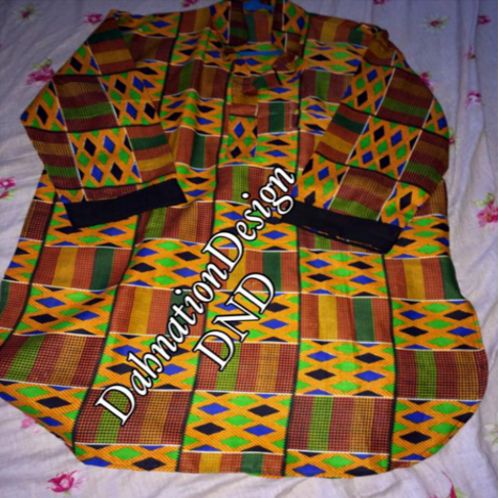 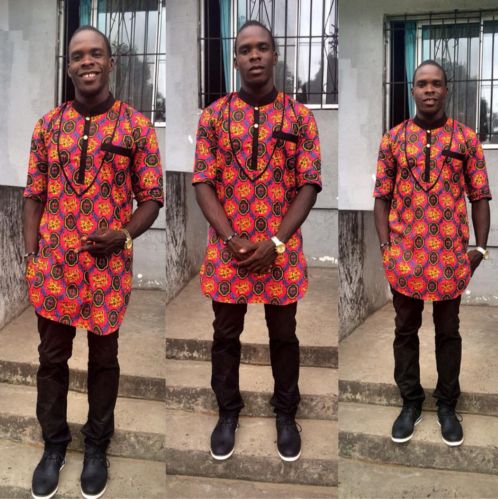 LE: Can you elaborate on the name and vision of DND?

SD: Dahnation is a blending of my last name: “Dahn” and “Nation”, which represents my own self-made designs. One of the underlying goals of my clothing line is to share with the world Liberia’s own unique blend of styles, which sadly, not enough people know about.

I believe that once the world becomes aware of DND’s exquisite styles, the sky is the limit because people will finally begin to realize Liberia has something special to offer to the fashion world. That is why I believe it is only a matter of time, before even celebrities and others around the world begin to wear my outfits.

LE: You clothing is quite unique, a sort of beautiful fusion of Western and African styles. How would you describe your clothing line?

SD: As you put it, DND takes into consideration western styles and give them a more African look. I like to describe DND as an Afro Western fashion.

LE: Who designs DND various styles? Do you have a team you work with or are you the primary creative director?

SD: Well, I am the primary creative director and also the CEO of DND. But I do have a team which includes my partners in the USA, among whom is my newly-wedded wife, Mrs. Nurmon Kuyon Dahn. And, here in Liberia, my

co-partner is Samora Nazzard, who is a good friend.  I will also include a host of other friends who participated in various photo shoots, and especially Pewee and Barry, who are the tailors I work with to make my dream a success.

Salute to all on the DND team!

LE: Where do you obtain inspiration for DND unique designs?

SD: Wow, I will say it comes from my deep love for fashion, which I’ve had since I was a kid. That blossomed into me developing my own style when I was attending college at the Stella Maris Polytechnic, where I was studying accounting. My college friends used to be quite impressed with my style and most would say they could see me becoming a designer one day. Now here I am.

LE: As DND gains popularity among Liberians at home and abroad, what is the best way for people, especially those in the Diaspora, to get their own DND pieces?