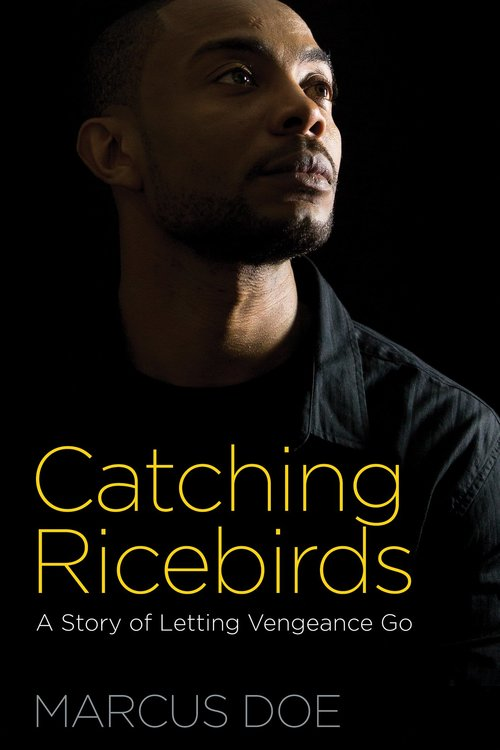 Catching Ricebirds: A Story of Letting Vengeance Go | A Review

In a declassified February 16, 1990 report titled: “Liberia: Doe Grapples With Dissident Incursion,” the CIA made note of the “army and rebel atrocities” and warned that they could fan deep hostilities and aggravate ethnic animosities. Then, confined to the country’s northern border, the incursion was barely seven weeks old and estimates of civilian casualties ranged from 200-500.

Around that same time, some 220 miles away in Monrovia, the capital city, a soon-to-be 11 year old Liberian boy was just starting the new school year as a proud six grader. And, preoccupied with his love for raising the Liberian flag and leading his schoolmates during the morning recitation of the pledge of allegiance, and his budding interest in a girl who he thought “was the most beautiful human being God ever made,” the nascent incursion was not something that he spent much time thinking about, if at all.

But all that was about to soon change!

The incursion quickly morphed into a brutal civil war that one writer described as a war that “topped and surpassed [all other wars] in form and character, in intensity, in depravity, in savagery, in barbarism and in horror…”1 Ellis, S. (1999). The Mask of Anarchy: The Destruction of Liberia and the Religious Dimension of an African Civil War. New York: New York University Press.
And, from a few hundred deaths, the death toll rose by a thousand fold.

Catching Ricebirds: A Story of Letting Vengeance Go is an intensely touching true story about how that Liberian boy’s innocence was ruthlessly shattered by the violence that consumed his nation and his struggle to come to terms with his tragic past.

Written by Marcus Doe, Catching Ricebirds: A Story of Letting Vengeance Go is a coming-of-age story that is, on the one hand, atrociously tragic because of all the pain and suffering, and violence and death that no human being should have to experience, let alone a child; but on the other, gloriously inspiring because of how the author endured and overcame the indelible emotional scares of war to find inner peace.

In Catching Ricebirds: A Story of Letting Vengeance Go, Marcus invites you into his life and takes you by the hand, beginning with his narration of one of his earliest memories of setting bird traps to catch village weavers, known locally as ricebirds, an experience common to most Liberian boys.

But, in as much as Marcus’ early childhood experiences may have been common to most boys his age — playing “Freetown Ball” soccer matches barefooted, fishing with rudimentary fishing rods, and climbing mango trees to pick their lusciously ripe fruits — there was something about him that made him unique: He shared the same last name with the President of Liberia, Samuel K. Doe.

And, even though, he was not related to President Doe, his father, Roosevelt T. Doe Sr., was a top officer in the elite presidential security unit, a position he had obtained in a preceding administration and was allowed to keep because of the serendipitous last name he shared with a young master sergeant Doe, who assumed the presidency following a bloody coup on April 12, 1980.

Sharing the same last name with the President had therefore, inextricably bound Marcus and his family to him, and, in many ways, all the political and ethnic fractures that were festering nationally and developing into a raging abscess that would soon burst and spill its deathly bile upon the nation.

One of those most defining fractures occurred on November 12, 1985, when one of the co-plotters of the 1980 coup, Thomas Quiwonkpa, who had fallen out with President Doe and fled into exile, returned to stage a coup. Marcus was just six years old then but he vividly remembers when his father received a call on his two-way handset to report for duty.

“I watched as he nervously put on his shirt over his bulletproof vest, a purple shirt that I had never seen on him before. The voice on the radio called his code name, Planet 52,” Marcus recalled of that day, as his mother sat on the bed crying. The coup was thwarted and Quiwonkpa was killed, but the stage had been set for the torrential violence that consumed the country for 14 long years.

For Marcus, that violence came with a vengeance on August 10, 1990 when the rebels overtook his neighborhood. Separated from his father and most of his family, Marcus assumed a different last name, aware the he would be summarily executed if the rebels found out his real last name. He saw the bodies of people who had been killed by the rebels littered on the streets and wondered if his would soon join them. But he would survive and later flee the country for Ghana before moving to the US. His father would not be so lucky. He was summarily executed by a rebel general.

Pained emotionally and wounded psychologically, Marcus struggled as a teenager to move on with his life but the ghosts of his traumatic past refused to be extinguished so easily. And, for a while, he found solace in his urge to kill the rebel general and revenge his father’s murder. But, that solace was nothing but a veneer hiding the pain and hurt swirling in his being. Marcus would later find true healing and redemption as his faith in God grew and he made a decision to extend forgiveness to all who had caused his pain…even to the rebel general who executed his father.

To find out more about Marcus and his inspiring story of forgiveness and redemption, you may go here.