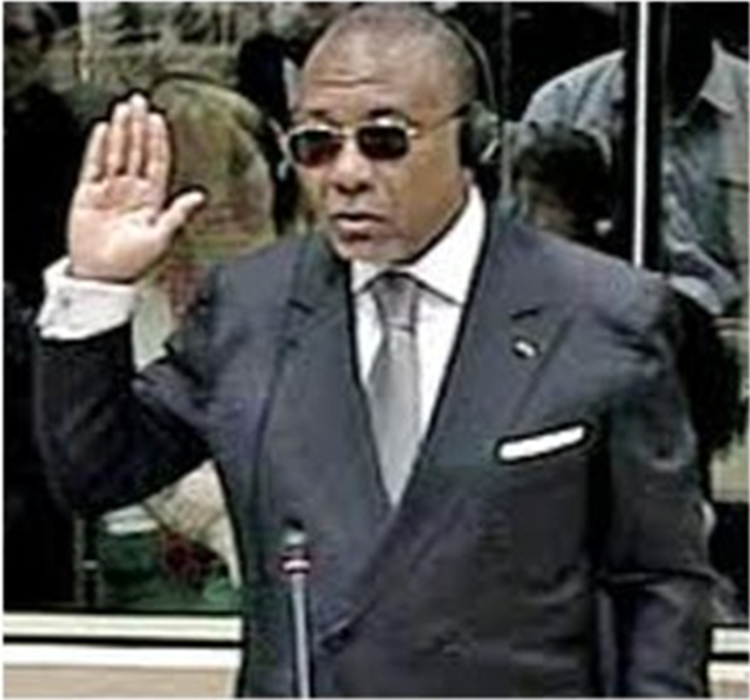 Just a couple of days ago, as I turned on the TV and was flipping through the channels to find something interesting to watch, I came across a documentary about Rudolf Hess, the so-called “Deputy Führer,” who was Adolf Hitler’s second-in-command in the Nazi Party hierarchy. At the end of World War II, Hess, along with other key Nazi officials, were put on trial for, among other things, war crimes and crimes against humanity. The Nuremberg Trials, as the tribunal came to be known, was the first international tribunal set up to prosecute persons accused of committing war crimes and crimes against humanity.

As I settled down to watch the documentary, which was almost at the end, I
began to think how lucky Hess was because, unlike other Nazi Party officials who were convicted of war crimes and crimes against humanity and sentenced to death by hanging, Hess was found guilty of lesser charges and received life in prison.

But, just as I was musing about how lucky Hess was, an image of Hess flashed across the screen. It was an image of an old, frail, and solitary figure dressed in a dark overcoat walking in the prison yard. Hess would later die under mysterious circumstances in prison on August 17, 1987 at the ripe old age of 93, after spending over 40 years of his life under confinement.

With barely a week to go before the former President of Liberia, Charles MacArthur Taylor, stand before the judges of the Special Court for Sierra Leone to hear a pronouncement on his fate for his alleged commission of “11 counts of war crimes, crimes against humanity, and other serious violations of international humanitarian law,” my mind ran to him.

…I couldn’t help but wonder whether Taylor’s fate might end up being like Hess’, where he may have to spend the rest of his life within the confines of a barren concrete structure?

While Taylor is no Hess, that notwithstanding, not unlike Hess, he too has been tried for the commission of crimes against humanity and war crimes, the most grave charges that any human can face, and which hold the prospect of an inordinately long prison sentence if found guilty.

Therefore, I couldn’t help but wonder whether Taylor’s fate might end up being like Hess’, where he may have to spend the rest of his life within the confines of a barren concrete structure?

Already, with a sentence of 97 years, if the good Lord so much as bless him with long life, his son, Chuckie, will end up growing old and frail behind the non-descriptive walls of some US prison facility.

Charles Taylor has played a pivotal role in Liberia’s recent history and as the day of his final verdict fast approaches, Liberians in every walk of life, unable to contain themselves, have been ruminating about the outcome of his trial. Some believe that the evidence against Taylor is based on nothing more than a sketchy stretch of circumstantial accounts and he would therefore be acquitted. Others, including yours truly, believe that the odds are stacked against Taylor and he will more than likely be convicted.

But, after all, who knows.

That will soon change though because the sand in the hourglass is almost empty now as April 26 beckons. It will be such a day in Liberia’s history, regardless of the outcome, where we will all be able to tell our children exactly where we were when the echo from the judge’s gavel reverberated, and another chapter in Liberia’s history came to a close.