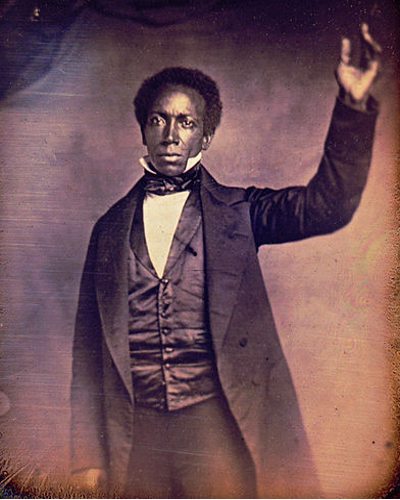 Roye was born into a prosperous African American family in Newark, Ohio. Roye was a descendant of the Igbo people.His father, John Roye, managed a ferry across the Wabash River at Terre Haute, Indiana and acquired considerable land in Terre Haute as well as Vandalia in the neighboring state of Illinois. As a result of the family’s financial standing, young Edward was able to attend Ohio University in neighboring Athens, Ohio. In 1836, upon the premature death of his father, Roye relocated to Terre Haute where he established the community’s largest barber shop, boasting a 79-foot (24 m) high barber pole, “the tallest in western Indiana”. (Source: Wikipedia)