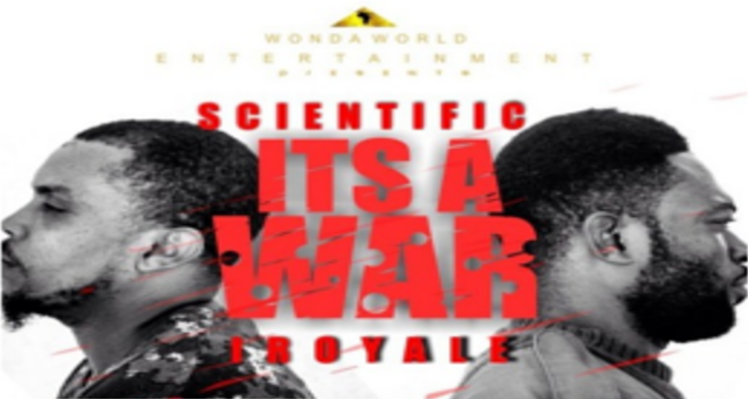 IT’S A WAR – ft. IRoyale is a new track by Liberian hip hop lyricist, Scientific, who could best be described as “the African incarnation of Nas.”

Its A War is a hot Hip-Hop/Dancehall tune. Like his previous songs “No Pain No Gain Pt2” depicting the hardships in Liberia and Africa as a whole, to motivate Liberians in particular to fight to achieve their dreams. With a Dancehall appeal he calls on IRoyale, Da Lastman Standing record artist who did not disappoint with his flair in Patwa.

Scientific, is one of the illest lyricist out of ​Africa. He is building a very impressive rap sheet to stardom.