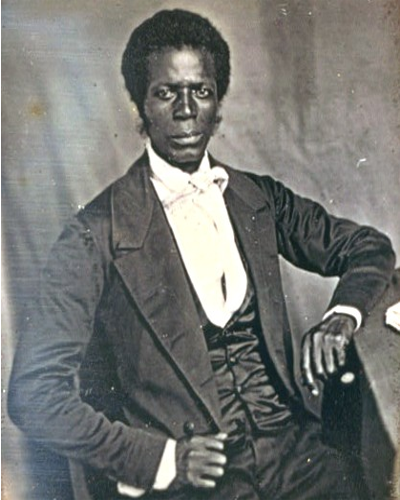 James M. Priest (died May 16, 1883) was Vice President of Liberia from 1864 to 1868 under President Daniel Bashiel Warner. He was born a slave in the U.S. State of Kentucky. Prior to the death of slave owner Jane Anderson Meaux, she educated and freed Priest and sent him to Liberia to evaluate the situation of former slaves living in Liberia. He returned to the U.S. and received more education and became a Presbyterian missionary. In 1843, he emigrated to Liberia under the auspices of the American Colonization Society.

Fifteen years later, he shared the ticket with presidential candidate Daniel Bashiel Warner and was elected to the first of two terms as Liberia’s Vice President. In 1867, Priest helped to found the Ancient, Free and Accepted Masons of Liberia. This fraternal order became the most politically influential and socially prestigious organization of its kind in the country and long remained a symbol of Liberia’s powerful elite.

Priest remained a dedicated advocate for his faith and in the spring of 1870 traveled to the United States, where he represented the Presbytery of West Africa at the Presbyterian General Assembly in Philadelphia. In 1878, Priest was named an associate justice of Liberia’s Supreme Court and served in this capacity until his death in 1883.

When the African Repository reported his passing, Priest was mourned as “a man of excellent abilities and of blameless life, [who] enjoyed the confidence of the country.”