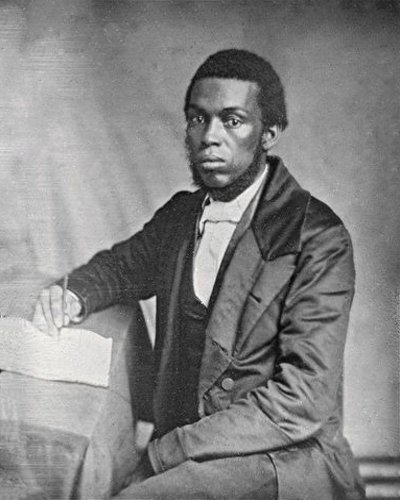 Smith was born in Charleston, South Carolina on February 26, 1825, the fourth of seven children of free blacks Carlos and Catharine Smith. He and his family arrived in Liberia in 1833, and his parents died of malaria within one year of their arrival. After working with a white doctor of the American Colonization Society, Smith returned to the United States to study medicine at the University of Vermont College of Medicine. He transferred to the Berkshire Medical College in Pittsfield, Massachusetts, from which he received his medical degree in 1848. Smith was the first African American to receive a medical degree from an American college. He then returned to the newly independent Liberia, working for the ACS as a doctor.