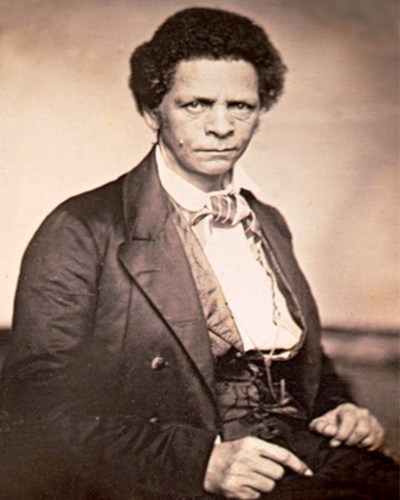 Roberts was born free in Norfolk, Virginia, the second oldest of seven children. His father was said to be a planter of Welsh origin. Joseph’s mother Amelia, described as a mulatto who was quite fair, was the planter’s slave mistress or concubine. He freed Amelia and her children when she was still young. Amelia gave all of her children but one the middle name of Jenkins, which suggests that may have been the name of their biological father.(Source: Wikipedia)