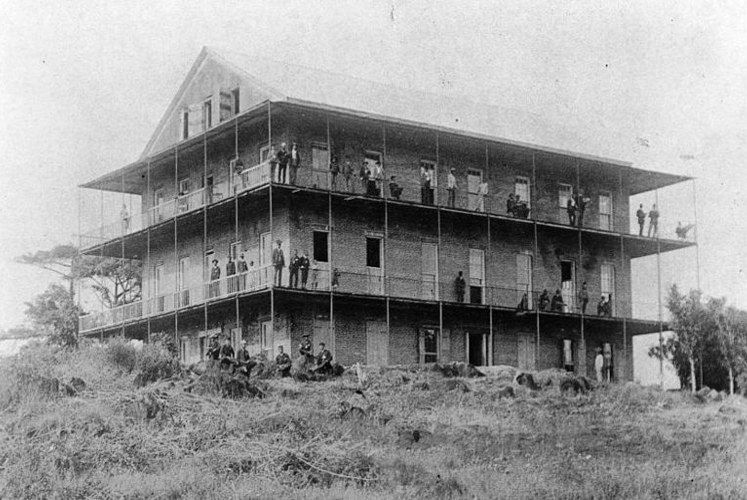 In 1851, three years after Liberia declared its independence, the national legislature authorized the creation of a state college, leading to the founding of Liberia College. Financing the establishment of the new college was provided by the New York Colonization Society and the Trustees of Donations for Education in Liberia, both United States organizations. These two groups initially provided almost all of the funds for the school and were responsible for hiring the faculty until 1878, when the government of Liberia began contributing more to make up for the reduction of funds coming from the US.

The school was inaugurated in January 1862 and classes commenced on February 2, 1863. The nation’s first president, Joseph Jenkins Roberts, became the school’s first president in 1862 and served in that post until 1876. Seven men made up the first class of students, with a college preparatory division adding 18 students to the enrollment two months later. In addition to American financing, colleges and individuals from the United States donated books and even the bricks and lumber used to construct the school’s building. At opening, the library had an estimated 4,000 volumes. Once classes opened, the curriculum was the standard courses typical at American colleges with courses such as rhetoric and Latin.

Under the leadership of Edward Wilmot Blyden, school president from 1881 to 1884, women were allowed to enroll in the preparatory department.

In 1951, by an act of the legislature, Liberia College became the University of Liberia. The University of Liberia has six colleges, three professional schools (including a law school and medical school), and three graduate programs with a total of approximately 18,000 students at its three campuses in and around the country’s capital city. UL also has five institutes for study in areas such as the Chinese language and population research. The law school is the only one in Liberia.

Due to civil strife in the country, UL has closed on several occasions including in 1979, 1984, and 1990. In one incident in 1984, students and the faculty of the University of Liberia protested the arrest of two faculty members by the Liberian government. Liberian President Samuel K. Doe sent the Liberian Army to attack the school on August 22, 1984, leading to several deaths, more than one hundred injured, a three-month closure, and destruction of some of the facilities. It did not grant any degrees from 1989 to 1996 due to the fighting from the First Liberian Civil War.

The motto of the school is: Lux ex tenebris, meaning “light out of darkness”