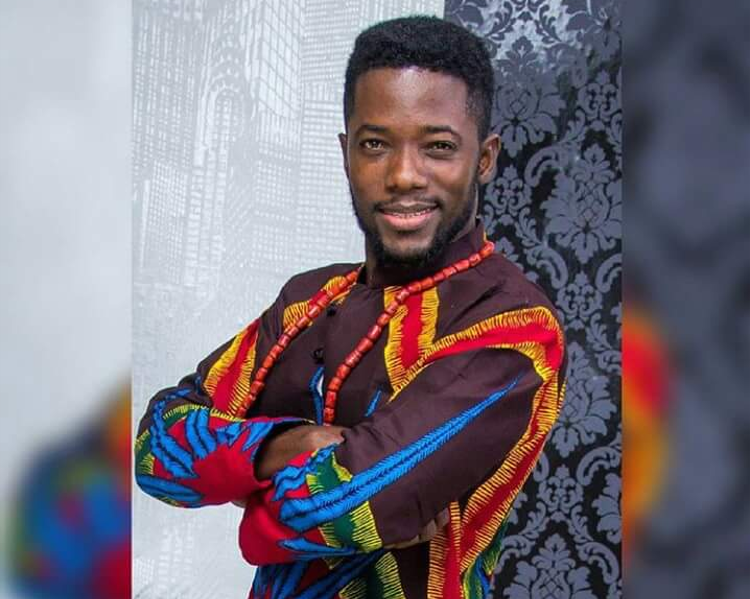 What is the secret to success? Is there a foolproof formula that one can follow to achieve success? For those who believe that achieving success is as much attributable to incidences of existential randomness — one’s country of birth, innate abilities, familial relationships, good ol’ luck, God’s blessings, etc — as it is the actions one takes in his/her life, the answer would probably be no. But, incidences of existential randomness aside, there are certain common traits attendant to the successful among us — passion, hard work, drive, risk-taking, and perseverance.

And, these are the same traits that seem to effervesce out of E. Owusu Dahnsaw, a young and talented Liberian actor, who has been making a name for himself in the nascent Liberian movie industry, but is now gunning to become a successful international actor.

To realize this quest though, Owusu would surely have to invoke these traits more than ever before because the path to realizing his dream seems to be littered with more than its fair share of unfavorable incidences of existential randomness. That, notwithstanding, armored with these traits and his belief in God, Owusu says he’s ready to “fight tooth and nail” to  achieve his dream.

And, maybe not unlike David who defeated Goliath the giant in the Biblical story, Owusu too can face those prodigious giants of existential randomness that threaten to make his dream of becoming an internationally acclaimed actor an impossibility, and achieve victory.

“I see myself as an actor for the world stage and not only for Liberia or Africa, so despite the stagnation in the movie industry in my country, I’ve decided that this is not going to stop me. Support or no support, handouts or no handouts, I’ve decided to fight tooth and nail and I’m convinced that with God above, there’s a light at the end of my tunnel and in due course, it’s going to manifest,” said Owusu. 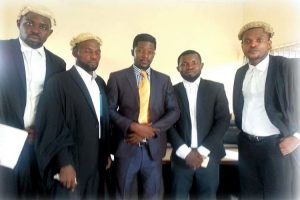 Owusu, on set in Nigeria with other actors 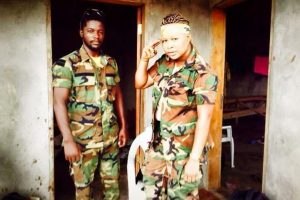 Owusu in his role as Captain Mark on the set of the movie, Freedom 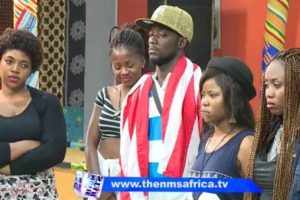 Owusu, with other contestants from The Next Movie Star 2015 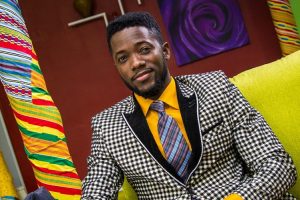 Owusu, winner of ‘The Most Photogenic Housemate’ award in The Next Movie Star

Born and raised in Liberia, a country still struggling to deal with the devastating aftershocks of a cataclysmic 14-year civil war that ended in 2003, and the aftermath of the 2014 Ebola pandemic, which pushed the country further back economically, the entertainment industry in Liberia is a fledgling one with nary a support from a government weighed down with a plethora of pressing demands on the meager resources at its disposal.

The consequence has been that young Liberians like Owusu, who dare to dream of forging a career in the entertainment industry are faced with a heartrending reality that constricts their aspirations. It is a situation that breeds frustration among many a would-be career entertainers, one that Owusu lamented about in an article published in The Daily Observer, the country’s oldest daily newspaper.

“What kind of country is this where entertainers, especially actors are forced to settle for a day’s job just to feed, because their profession cannot eke out a living for them as of yet? And, although they try their best to stay on the positive side of life, the only rays of hope they see are toward abandoning their homeland for another in search of a better result. Is this the Liberia we yearned for when we were kids playing tic-tac-toe? Is this the future we hoped for when we were playing mummy & daddy, believing that

our country would give us the equal opportunity as inscribed in our constitution? I do not think yes is an answer to any one of those questions,” wrote Owusu.

The question then is, why do Owusu and other Liberian entertainers even dare entertain, no pun intended, the aspiration to challenge these prodigious giants of existential randomness that stand at the threshold with swords of failure waiting to cut down their dreams into smithereens of disillusionment?

If that’s a question you’ve wondered about, or maybe, even if only for the briefest moment, thought that young Liberians like Owusu were looking for pies in the sky and therefore, should instead constrict their dreams to the tragic realities around them, then his poignant answer will do you some good.

“I follow the entertainment business around the world and I know the potential it has. So I am aware that the stagnation we experience in the entertainment industry in Liberia is not representative of the global entertainment business. Therefore, I have this broader vision that entertainment does have success. So, I’m not going to give up and change my course. I’ll travel the world and go where I have to go until I attain success, and then I’ll use my life as an example to others to make them believe that there’s a light at the end of every tunnel if you fight your struggles in the right way,” said Owusu. 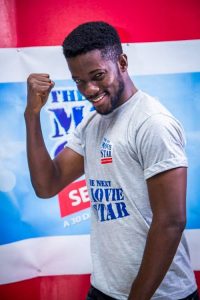 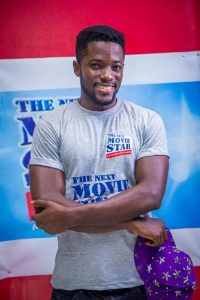 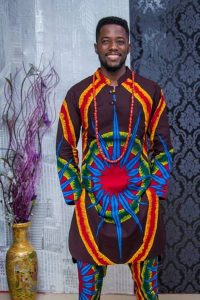 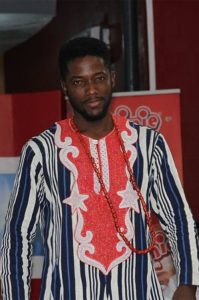 Treading the Path of the ‘Unreasonable’ Man

If you think there might be echoes of unreasonability in Owusu’s answer, you could be right. But, let me draw your attention to a quote by the famous Irish playwright, George Bernard Shaw: “The reasonable man adapts himself to the world; the unreasonable one persists in trying to adapt the world to himself. Therefore, all progress depends on the unreasonable man.”

Owusu has therefore set himself on a course that some might consider unreasonable, but don’t expect him to be reasonable any time soon if that means constricting his dream to the depressing realities of his homeland. That is why he has cast his net in the largest movie industry in Africa, Nollywood, in Nigeria, where he is presently auditioning for roles and trying to plant a beachhead to take his career to the next level.

“I am in Nigeria at the moment because I’m trying to expand my horizons and also go to auditions to show directors what I have to offer as an actor. It’s true that the industry here is massive and competitive, but I’m ready to give it my best to expand my career. In Liberia, I don’t have to audition for roles since people know my work so it’s challenging trying to establish myself as an actor here, but since I came we’ve already shot one movie and I’m working hard to network with producers and directors,” said Owusu.

Owusu has already gotten a taste of how challenging the Nigerian entertainment business can be when he was a contestant in The Next Movie Star The Game Changer, a Nigerian-produced reality TV show with housemates from several African countries, in which he represented Liberia and came Third

“The Next Movie Star experience was like being in a bootcamp. The house had no windows, the doors were locked, there were no clocks on the walls, we didn’t have our cell phones, and we were not allowed to watch any TV. We had to be ready to perform at our best at every moment. And every thing we did was watched by the producers. So, I was always trying to be ahead of my game and doing every thing to be prepared for all eventualities. For me, it was all about the concentration, the focus and the discipline to be what I wanted to be,” added Owusu.

The journey to carve out a place for himself as an actor on the world stage is certainly only just beginning and, there will surely be many more Goliaths of existential randomness that he’ll have to do battle with, but Owusu seems ready to fight the good fight to realize his dream.

“As a young person trying to achieve your dream, you have to be determined and focused and your concentration should be on where you want to see yourself in the future. Do not allow the temporary enticement of the present condition you’re in to dog you into doing nothing to achieve your dream. Keep fighting tooth and nail until you get to where you want to get. And, when you get there, do not stop because life is a journey and at every turn you have a different battle to deal with,” said Owusu.