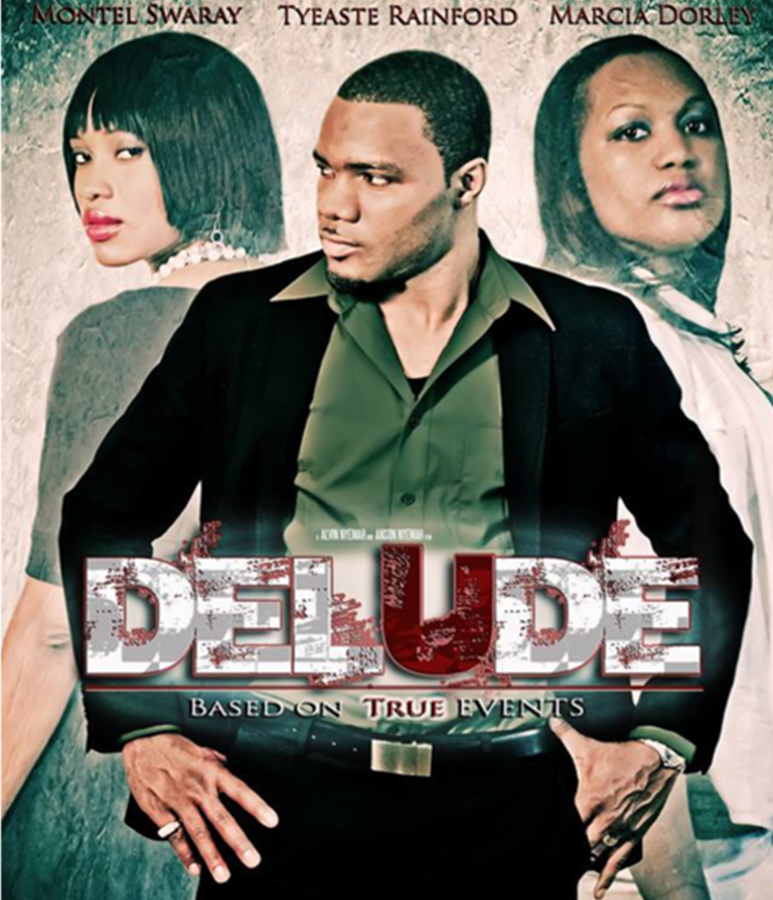 Anson & Alvin Nyemah, the Liberian filmmaking duo known as the Nyemah Brothers, have displayed "virtuosity and confidence" in their debut movie, Delude, a riveting romantic thriller

Once Upon A Time In The Nyemah Brothers’ Wonderland: Liberian Kin Want To Take You On An Enthralling Adventure One Clip At A Time

“This is your last chance. After this, there is no turning back. You take the blue pill – the story ends, you wake up in your bed and believe whatever you want to believe. You take the red pill – you stay in Wonderland and I show you how deep the rabbit-hole goes.”

This is probably one of the most memorable movie dialogues of all time. The movie: The Matrix. The scene: Morpheus sits across from Neo and presents him with two choices symbolically represented by the blue and red pills in his opened hands; either to continue to live in a state of bondage or to find out the truth and be free.

And the rest is history!

The Matrix, directed by the Wachowski Brothers, became a phenomenal commercial success. But, what many may not know is that it was only the brothers’ second film. Their directorial debut, Bound, made nary a cha-ching sound at the box office, but the famed movie critic, Roger Ebert, said it showed the brothers’ “virtuosity and confidence.”

Delude: A Movie Scintillating With Virtuosity and Confidence

And, it certainly takes no Roger Ebert to see that Liberian-born filmmaking cousins, Anson and Alvin Nyemah, known as the Nyemah Brothers, have also displayed “virtuosity and confidence” with their directorial debut, Delude, which garnered wide praise for its “riveting plot” and “awesome casts” when it premiered in 2011.

It also sent an unambiguous notice that the ‘brothers’ had no desire to conform to the mediocrity pervading the Liberian movie scene but were,

instead, intend on setting the bar higher.

Delude, a romantic thriller based on true events, is an exhilarating story about a married couple, Mary (Tyeaste Rainford) and John (Montel Swaray), who are blissfully sequestered in their love for each other. But, Mary’s sister, Tina (Marcia Dorley), on the other hand, is going through a tumultuous relationship so Mary decides to intervene to help her.

With time, however, as Mary and John’s relationship begins to encounter its own wear and tear, Mary also turns to Tina for support. But, can Tina, who is so jaded by love, help Mary rekindle her marital euphoria or, to borrow from Langston Hughes, will it “dry up like a raisin in the sun?”

Well, now is your chance to find out what all the rave surrounding the movie’s “riveting plot” is all about because Delude will finally be released on DVD on March 1, 2015.

The Liberian Echo decided to catch up with one of the movie’s co-directors, Alvin, to capture more of a man-behind-the-camera angle.

The Nyemah Brothers: A Filmmaking Duo With Unfair Advantage?

The impression one gets talking to Alvin is that of a man passionate about his craft. He belabors about the “the art of filmmaking” almost like an art aficionado describing the intricacies of a Pablo Picasso painting.

“My interest in movies began as a young boy growing up in Liberia. Indiana Jones was a movie that left a deep impression on me. And, after moving to the States in 1990 with my family to escape the civil war in Liberia, my interest in film grew, and I also got into comic books. Then, some years later, I started researching more about filmmaking and watching movies with the sound switched off so that I could pay more attention to the camera movement,” Alvin said of his evolution as a filmmaker.

Whoever watches a movie with the sound switched off? you might wonder. But, it is that precocious quest to grasp the nuances of filmmaking that has underpinned Alvin’s transition to becoming a filmmaker.

And, over the years, he has honed his skills working on numerous projects including music videos and short films, such as The Black List, which won the

Nollywood & African Film Critics’ Awards (NAFCA) for Best Short Film in 2012. Alvin has also been involved in several projects with American celebrities like Trina, Black Thought and Charles Dutton, to name a few.

Individually, Alvin has shown his virtuosity as a filmmaker, and so has Anson. That is why together, they may very well have an unfair advantage behind the camera, which is probably a reason for the heightened anticipation for their next project.

“I don’t want to give too much away, so all I’ll say is, expect the unexpected,” Alvin says, evoking a Morpheus-like aura of mystique.

But, after Delude, the journey can only get better and many are eager to go deep into the rabbit-hole to experience the reel-by-reel adventure the Nyemah Brothers may have in store.

To support the Nyemah Brothers and/or find out more about their work, you can follow Anson and Alvin on Facebook.

You can also check out their work on Youtube and Vimeo.