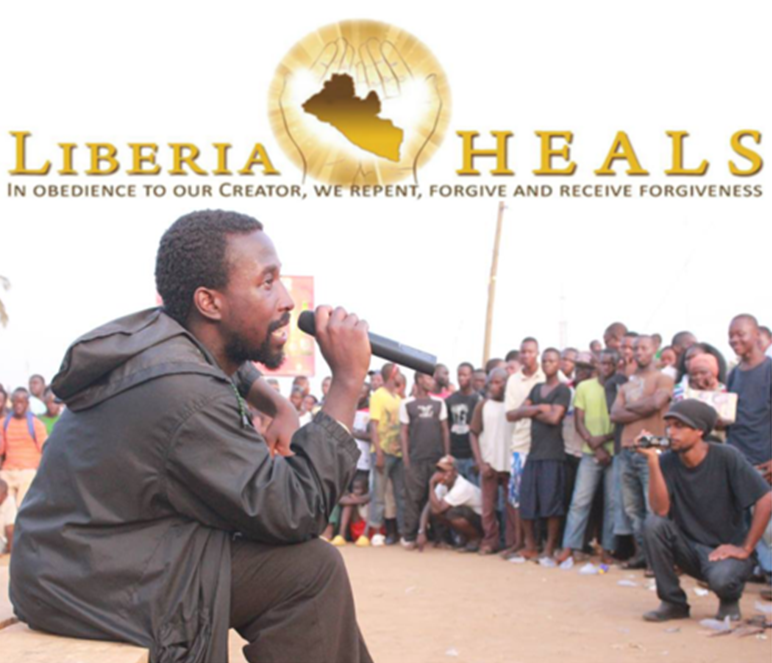 Pleading For Liberia’s War Dead: Liberian Hip Hop Artist Joins Others To Ignite A Movement To Heal The Wounds Of A People Still Reeling From A Brutal Civil War

Imagine the US had no memorials to commemorate the lives of those lost during its Civil War. Imagine there was no National World War II Memorial and no Vietnam Veteran Memorial Wall to honor those who died in service to their nation. Better yet, imagine that not a single holocaust monument had ever been erected to commemorate the lives of those who perished under Hitler’s Nazi pogrom.

Surely, if that were the case, people in those nations would be gagging over with utter revulsion that such an atrocious opprobrium was being shown to the memory of those who paid the ultimate sacrifice for their nation.

But, in Liberia, despite 14-years of a bloodcurdling civil war marked by marauding drug-incensed child soldiers and trigger-happy combatants with a license to kill, resulting in an apocalyptic bloodletting frenzy where massacres, summary executions, cannibalism, rape, and torture were common occurrences, not a single national memorial has been erected to commemorate the lives of the quarter of a million victims who perished during that nation’s macabre civil conflict.

But, Putugah Takpaw Phenom, a 27-year-old US-based Liberian hip hop musician, believes that for his nation to truly reconcile and for its people to experience meaningful healing from the livid wounds of a brutal civil war that ended only 10

years ago, erecting a national memorial to pay homage to the thousands of victims who lost their lives during the country’s years of civil carnage must be a critical facet along his nation’s path to renewal.

And, rather than just talking about it as many others before him have done, “Putu,” as he is commonly referred to, began to wonder what he could do to contribute to the process of reconciliation in his war-addled nation.

This subsequently led to a serendipitous encounter on Facebook with Vickie Ward, the founder of the Victor E. Ward Memorial Education Fund, which promotes quality education in Liberia.

“Vickie and I got into a conversation about how nothing was really being done to bring about healing for the hurt that a cross-section of Liberians experienced as a result of the civil war because of our cultural tendency to sweep stuff under the carpet. But we felt that something needed to be done to alleviate some of the pain people experienced during the war otherwise, it could fester and lead to another crisis down the road,” said Putu.

Their discussion germinated into the idea for The Liberia Heals Initiative, which they founded in January 2012. With the motto: “In Obedience to Our Creator, We Repent, Forgive, and Receive Forgiveness,” The Liberia Heals Initiative is an independent apolitical venture between The Victor E. Ward Memorial Education Fund and the 420 International Coalition, Inc., “a grassroots collection of musical artists dedicated to uplifting the spirits of people from all walks of life” founded by Putu and his brother, Jauz Everliving King.

But, in a nation that seems to have placed a low premium on helping victims of its civil war overcome their trauma and ultimately find healing, the mission of The Liberia Heals Initiative is remarkably laudable—and it may well be what Liberia needs to forge a more reconciled nation—but overturning the ‘sweep-it-under-the-carpet’ status quo that has been adopted when it comes to addressing the pain and suffering that Liberians experienced during the civil war might be just as daunting, especially without any official support to buttress their efforts.

“I believe that promoting the healing process among Liberians is urgent and something that needs to be done, so our goal is to help create awareness by spreading the word. It’s about time that we create the atmosphere to begin to talk about and address those rifts that divide us as a people so that we can move forward as a nation.”Putugah Takpaw Phenon, Liberian Hip Hop artist

That notwithstanding, Putu and the other co-founders of The Liberia Heals Initiative hardly seem dissuaded by the apparent enormity of the task ahead.

“We want to lead by example and show that sometimes, we as Liberians, rather than waiting on the government to do everything, we ourselves can take the initiative to create positive change in our beloved nation,” said Putu.

And, committing themselves to two main projects: erecting a Civil War Memorial and publishing a Memorial Book of Names, Putu and his brother, along with the other founders of The Liberia Heals Initiative, have ignited a grassroots movement to spread the word about the need for repentance and forgiveness to help Liberians overcome the pain of the war years and move forward together to build a better nation.

“I believe that promoting the healing process among Liberians is urgent and something that needs to be done, so our goal is to help create awareness by spreading the word. It’s about time that we create the atmosphere to begin to talk about and address those rifts that divide us as a people so that we can move forward as a nation,” averred Putu.

Save the World or Stop Trying?: A Blurred Line between Art and Reality

What prescient words coming from the mouth of one so young, some might exclaim.

But those who know Putu, like his family and friends, and the fans of his music will not be surprise to hear such precocious knowledge spewing forth from his mouth.

As a hip hop artist, Putu infuses his music with lyrics that articulate his perceptive introspection on the struggles of those at the bottom of society’s rung and his own culturally-eclectic life experience.

His music is a poignant lyrical manifestation of art imitating reality. Because, not only did Putu leave his life in America to return home to Liberia to spread the gospel of healing to help his nation reconcile, but the title of his upcoming album is an emblematic testament of a young man committed to using his talent to spread some good in the world.

When US rapper, 50 Cent, titled his record-breaking album: Get Rich or Die Tryin’, it symbolized his determination to do what he could to break free from the shackles of poverty.

For Putu, who has titled his upcoming album: Save The World or STOP Trying?, it also symbolizes his quest to do what he can to make the world a better place.

“It’s important for people to also hear my music in conjunction with what we are doing in Liberia because my brother and I have been pushing these messages in our music and Liberia Heals is a manifestation that this is not just a message that we speak through our music, but it’s something that we also live,” said Putu.

In “Mama, We Do,” a stirring song on his upcoming album, which he penned in memory of his late mother, Putu narrates a story about how his mother was fraught with worry as he and his brother, Jauz, seemed to be treading a rocky path along their journey to realizing what they felt was their calling to work for a better world:

We dedicated our lives to the cause,
It didn’t make sense, seems like we were lost
Add that to the mistakes along the way,
It seemed like our whole lives were going astray
Even though it seemed like the dream went on forever,
You knew my heart, I only wanted to make the world better

But, however rocky their journey has been, certainly their mother and especially the thousands of voiceless souls who perished in Liberia’s barbaric civil war, will now be rooting for them as they raise the clarion call for their nation to do the right thing and honor its war dead.

You can also find out more about The Liberia Heals Initiative and/or support their work by following them on Facebook.