The Nobel Peace Laureate vs. the Provocative ‘Ambassador’: A Case of Shooting the Messenger? 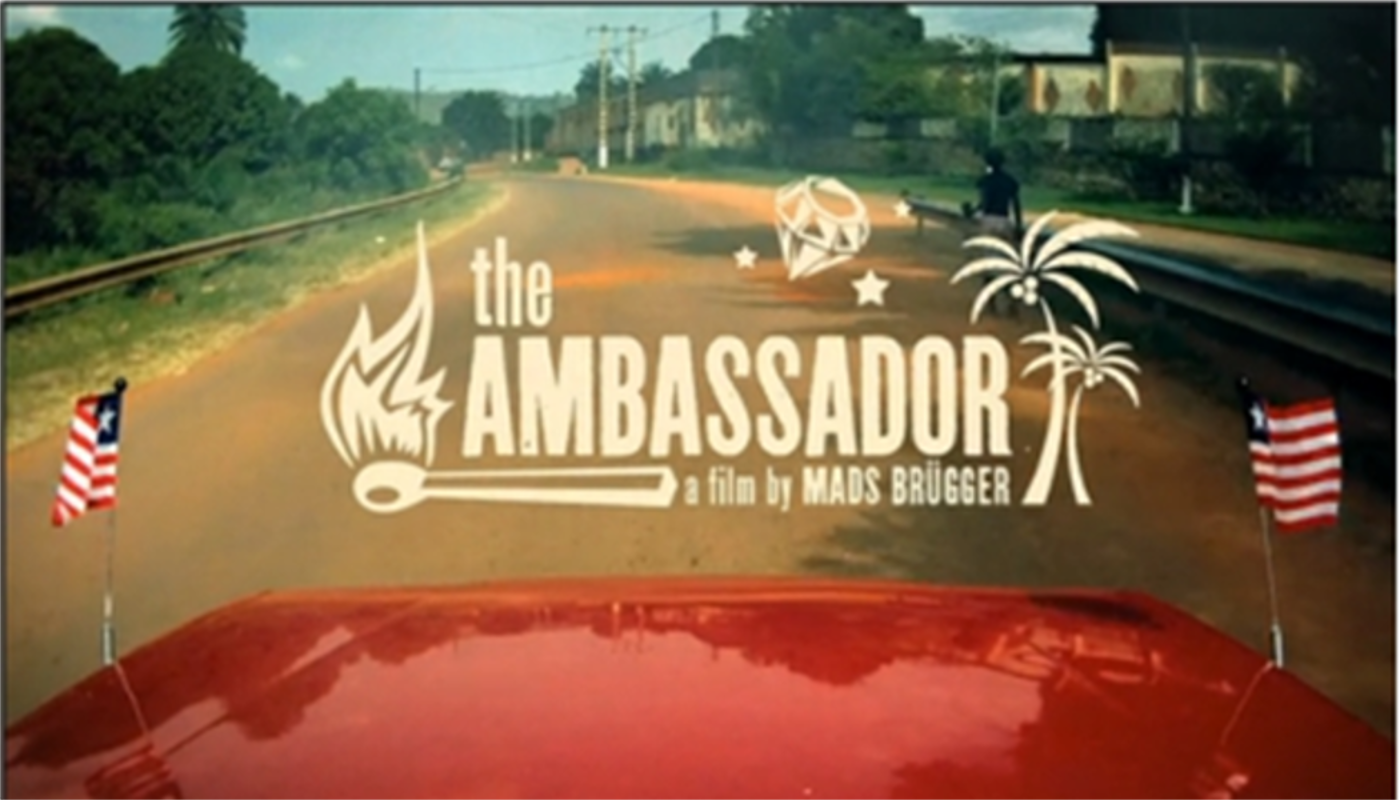 The growing hullabaloo between the evidently pissed-off elderly Nobel Peace Laureate, who also happens to be the first woman to be elected President of an African nation, and an irreverent young Danish filmmaker, who became an ‘Ambassador’ of her country only to then go on to represent her country in a satirically undiplomatic manner, seems to be brewing into an international maelstrom of pop culture proportions.

The situation is somewhat reminiscent of a not too dissimilar one involving another filmmaker a few years ago. In 2006, when actor Sascha Baron Cohen made Borat, where he played the role of a naïve, albeit provocatively tactless journalist from Kazakhstan, who traveled around the US and at every turn, because of his cultural ineptitude, trampled on the political correctness of Americans, the film touched the nerves of groups running the gamut across ethnic, cultural, religious and sexual orientations in the US and around the world.

And news had it that officials in the government of Kazakhstan were especially livid that their country had being the butt of Cohen’s movie spoof. The movie was banned in some countries and Cohen suffered some legal

disputes especially with some of his unwitting co-stars, but the movie was an instant hit, and went on to become a pop culture classic.

And, despite its displeasure, the government of Kazakhstan seemed to have taken the movie in strides.

Now comes The Ambassador, a film made by Mads Brügger, a Danish journalist, who rather than simply playing the part of a fictitious Ambassador to accomplish his movie plot, actually goes through the trouble and enormous expense to the tune of US $150,000 to obtain an official diplomatic accreditation, signed and sealed by no other than the President of Liberia herself, Madam Ellen Johnson Sirleaf. But Brügger is no Sasha Cohen, and The Ambassador is no Borat.

While Cohen only plays a fictitious Kazakh journalist, Brügger actually becomes a bona fide diplomatic representative of Liberia, with official papers to authenticate his role as the duly assigned Consul General of Liberia to the Central African Republic (CAR).

The movie therefore presents itself as a veritable documentary with Brügger assuming the role of the Julian Assange of film, as he surreptitiously uncovers hidden information that people in high places would rather keep in secret.

Referred to as the “most provocative filmmaker in the world”, Brügger uses his initially pending, and later, officially accredited diplomatic appointment as Liberia’s Consular General to the CAR as a deep cover to enter the netherworld of diplomatic sleaze where he exposes pervasive corruption in the CAR, with Liberia delivered almost as an icing on Brügger’s succulent, and sometimes, equally distasteful cinematic cake.

Using his camera lens, especially recordings captured by hidden cameras, as a

sort of stealth magnifying glass to expose corruption in high places in these African countries, Brügger’s film succeeds in provocatively shinning light into the dark alleys of shady con artists, who use the cloak of diplomatic immunity to commit some of the most perverse acts of corruption on the African continent.

The Ambassador has therefore riled officials in Liberia, and in particular it seems, Liberia’s Nobel laureate President, Madam Sirleaf, who has not taken too kindly to her government been Borat-icized by the young Danish film provocateur’s “genre-breaking, tragic comedy”, albeit even if her country only played a subordinate role in Brügger’s cinematic efforts to reveal “insights into how the elite of an archetypical corrupt and devastated African country really works and functions.”

And for that, President Sirleaf has taken to personally referring to Brügger as immoral, an impostor and a criminal. Not stopping there, she has even threatened to go as far as seeking Brügger’s extradition to Liberia to be prosecuted.

But what makes Brügger’s corruption revelation so provocative and highly embarrassing is that it is anything but some bland academic report. Brügger’s revelation is captivating and wildly exhilarating because it vicariously takes you by the hands to observe the inner workings of highly-connected and corrupt African officials…

Naturally, as a Liberian journalist and blogger, my interest was instantly peaked in the film to find out what infractions Brügger had committed against my beloved nation that would so incite the fury of President Sirleaf to cause her to want to sic the Liberian state after the filmmaker. So I made every effort to watch the film.

And now, having watched it twice in one sitting, I am flabbergasted at why my country’s president would be so riled up as to commit the precious resources of our poor nation to prosecute this irreverently provocative genre-bending, but nonetheless, extremely brazen investigative journalist who took great personal risk to uncover corruption in Africa.

Granted as it may be that in his film Brügger does use an alias, and the Liberian president may rightly accuse him of being an impostor. And, accuse me if you will of having an inherent journalistic bias, but it strikes me as rather odd that by assuming an alias specifically for his documentary, the Danish journalist has committed so grave a criminal offense as to incite President Sirleaf’s fury so much so that she has threatened to have him extradited to Liberia for trial.

But, not being a legal expert, perhaps the Liberian government does have grounds to press charges against Brügger for using a fictitious name to obtain official Liberian documents (certificate of naturalization, a diplomatic passport, driver’s license and even more gravely, an official accreditation as an ‘Ambassador’ with President Sirleaf’s signature affixed to the document). That notwithstanding, for the Nobel laureate’s visceral fury to fall so squarely on the shoulders of the film director for this debacle would seem rather misdirected.

Yes, the film is highly provocative and President Sirleaf may certainly find no comedy in the film’s “tragic comedy” because Liberia’s portrayal in film is

exceedingly embarrassing since it smears the country, under her stewardship, as just another African country that “offers itself as a Jurassic Park for people who long for Africa of the 70’s” with its attending wholesale corruption and misrule, to use Brügger’s description of the CAR, which is the primary subject of his film.

And while Liberia may be no CAR, which is portrayed in the film as a nation where political assassinations still occur, that corruption and impunity still persists in Liberia is an open secret. And Brügger is certainly not the first one to make that claim. Reputable international watchdog groups have been releasing reports for consecutive years deploring the level of corruption in Liberia.

But what makes Brügger’s corruption revelation so provocative and highly embarrassing is that it is anything but some bland academic report. Brügger’s revelation is captivating and wildly exhilarating because it vicariously takes you by the hands to observe the inner workings of highly-connected and corrupt African officials, which most people will never experience in a lifetime.

And, oh yes, I almost forgot, it is on film!

So, it is understandable that President Sirleaf is furious. But that is exactly why she should be pouring fire and brimstone upon corrupt officials in her government and other well-connected agents who are actually responsible for enabling Brügger to accomplish his objectives, causing her government to fall prey to his outlandishly satirized portrayal of corruption in Africa.

The film makes certain troubling claims and raises a multitude of unsavory questions that President Sirleaf must seek clarifications and answers for, if she is earnest about curbing corruption in her country. Without giving too much away, in a telling scene in the film, which took place in a room in the Kenejah Resorts and Villas, Liberia’s most luxurious hotel, Brügger secretly records a “crisis meeting” with Willem Tijssen, the Dutchman representing the clandestine diplomatic title brokerage which Brügger had contracted to help him obtain his Liberian diplomatic status.

Frustrated that he had still not obtained his official accreditation as Liberia’s Consul General to the CAR, after making several huge payments to Tijssen, Brügger asked why there was a delay and was informed that President Sirleaf still hadn’t signed the accreditation certificate yet.

Feeling that his reputation was on the line, Tijssen complains bitterly to his local Liberian contacts, who had also been invited to the meeting, that he had promised Brügger, based on his past experiences working with them that he would get his accreditation papers approved.

“We never had Sherman involved. Now suddenly this big shot has to be involved. We always played directly with the minister,” Tijssen complained.

Tijssen was referring to Varney Sherman, the renowned Liberian lawyer, and also the Chairman of President Sirleaf’s political party during her bid for reelection in the country’s 2011 Presidential Elections. In the movie, Brügger claims to have given Sherman US $35,000 as a “secret donation” to the President’s reelection campaign; and that Sherman had also become involved in the process to assist him to acquire his ambassadorship.

To assure Brügger that it was only a matter of time before his accreditation papers would go through, one of Tijssen’s Liberian contacts makes a startling revelation:

“One time Mr. Willem came here with six persons and we did four in one single day,” the man boasted.

“Yes, in one single day!” the man replies assertively.

“You will get your commission printed out…,” another male voice assures.

“The president herself will put a gown on you,” interjects another, referring to a customary Liberian practice to honor a dignitary.

And, in the end, Brügger does obtain his diplomatic appointment as Liberia’s Consul General to the Central African Republic with President Sirleaf’s signature affixed on the accreditation certificate. The how and why this happened therefore needs to be thoroughly dug up, and that may require the setting up of an independent commission.

That said, it is unambiguously clear that there are many others who seem to enjoy President Sirleaf’s confidence who should also be suffering the brunt of her fury, because the President’s public threats to go after Brügger is beginning to seem very much like a case of shooting the messenger.